CHELTENHAM TIPS: RACE PREVIEWS AND BEST BETS FOR DAY 1 OF THE FESTIVAL 2022 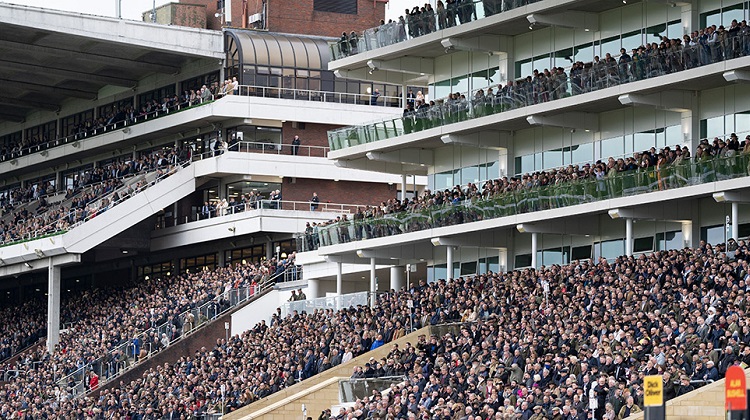 The fans return to Prestbury Park today for one of the most eagerly anticipated Festival's in years after last season's lockout.

The famous Cheltenham roar will be louder than ever.

The first race could also turn out to be one of the best as the Supreme Novices' Hurdle looks a vintage renewal.

All of Jonbon, Constitution Hill, Kilcruit and Dysart Dynamo would be up to winning the race in any normal year and whoever goes on to be crowned champion novice hurdler will surely have a huge future ahead of them.

It is hard to knock the form of any of them, and Mighty Potter isn’t without a chance either, but to us the most visually impressive in winning his two starts under rules to date has been CONSTITUTION HILL, although he needs to prove he acts at the track.

Willie Mullins seems to have unlocked the key to Kilcruit based on his easy victory last time out and he could be the one for the forecast as he has already proved he can handle the track and the occasion.

He would surely have won last year’s Champion Bumper had there been a faster pace in that race and he is assured an end to end gallop here with stablemate Dysart Dynamo in the line-up.

By contrast, this year’s Arkle Chase lacks a superstar, although Edwardstone has done nothing wrong in winning his last four races.

He looks worth taking on at the prices, as does the second favourite Blue Lord, so instead side with the other two Willie Mullin’s runners, SAINT SAM and HAUT EN COULEURS.

Saint Sam was second under a big weight in last season’s Fred Winter, but has always had the size and scope to make up into a better chaser.

He possibly went too hard upfront when third behind Blue Lord and Riviere D’etel in the Irish Arkle last time out and can reverse that form here if given a more patient ride.

Haut En Couleurs fell in that Leopardstown contest, and is slightly inexperienced for a race like this, but he does have huge potential as he demonstrated when third in last season’s Triumph on only his second lifetime start.

He is the least exposed and could be anything.

Various bookmakers are offering 4 places for each-way bets on this race.

The first big handicap of the week is the Ultima. It is a race that the Irish have never won, but that could change this week as they look to have a stronger hand than normal.

Pick of them could prove to be BEN DUNDEE who has returned to the care of Andrew Lynch.

He’ll love the ground drying out any further and has Festival form, having finished only five lengths off the winner in the Plate in 2020.

That was over 2m 4f, but this trip suits him better as he has become a strong stayer.

There are dangers everywhere and the best of the British may be TEA CLIPPER, who has been freshened up for this after a couple of disappointing efforts.

He has also had a wind op and key to his chances will also be the extent to which the underfoot conditions improve.

He loves good ground and hopefully all of the soft patches will have dried up by post time.

He looks well handicapped on the best of his hurdles form, which included a third in last season’s Coral Cup. His yard is in flying form.

We also can’t resist a bet on a favourite of ours, GRUMPY CHARLIE. He actually ran in last year’s Supreme, but was a bit out classed there.

He was always going to improve over fences and could be well treated if able to overcome his inexperience.

Full Back and Kiltealy Briggs are others to note, whilst Lostintranslation will be a danger to all if on a going day.

For those looking for one at a massive price then Doctor Duffy has it in him to run a big race.

Most bookies offer 6 places each-way on this race, with some offering 7.

This year’s Champion Hurdle is all about one horse and the legendary mare Honeysuckle deserves to be the very short price favourite that she is.

It is probably about the rest playing for places and bookmakers are offering a market without last year’s winner in the race.

That market has quite a good each way feel to it, with 9 runners going to post as the favourite, Appreciate It, hasn’t run since winning last season’s Supreme.

We tipped Adagio on the site a few weeks back and we still think he will run well.

Epatante also looks to be back to her best and looks overpriced for a former winner. She should surely be able to make the frame here, as could SAINT ROI, who looks like he might be a horse who saves his best form Cheltenham.

It is hard to forget how easily he won the 2020 County Hurdle and Willie Mullins seems to think he has him back to his best.

ZANAHIYR is the other one to back each way as he looks a strong stayer who should be suited by an end to end gallop here.

He blew his chance with a horrible mistake at the first when behind Honeysuckle last time out, but has cheekpieces on today to try to help him travel through the early part of the race.

Irish runners dominate the market for the Mares Hurdle.

Although beaten by Burning Victory last time out we think QUEENS BROOK can overturn that form given that she wasn’t supposed to be fully wound up for that Punchestown race.

She was third in the 2020 Champion Bumper proving she handles the track.

For those looking for one at a bigger price, WESTERN VICTORY may have been underestimated by the bookies if she can return to the best of her Irish form on only her third start for Emma Lavelle.

Paul Nolan doesn’t have many runners at the Festival, but those who do make the journey over usually run well.

And we think HMS SEAHORSE is a massive each-way play and can further enhance his trainer’s record at the meeting.

He has improved with each of his three runs and looks well treated based on his second to The Tide Turns at Punchestown in January.

The Joseph O’Brien pair of Champion Green and PRAIRIE DANCER should also be in the mix based on their flat form and a likely preference for drying ground.

Prairie Dancer just gets the nod as he has the blinkers back on today and he should be suited by the stuff uphill finish.

At a monster price MILLDAM makes some appeal on his first start for Jamie Snowdon.

He finished third on all three starts in France and has been laid out for this race since joining his current yard in November.

Bet365 are offering 6 places each way.

Only six go to post for the concluding race of the day. Five of which have a decent chance.

Slight preference is for VANILLIER who won last season’s Ballymore.

Stamina is clearly his forte and he also seems to find his best form at this time of year.

Trainer Gavin Cromwell’s Cheltenham runners always have to be respected and Vanillier also has the best amateur jockey on board in the shape of Derek O’Connor.