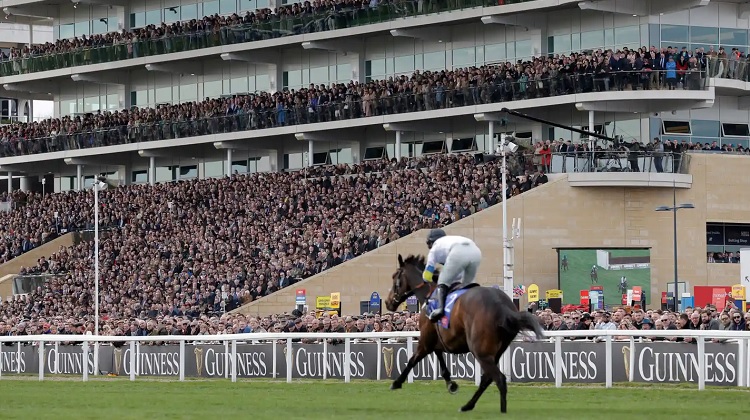 The 2023 Cheltenham Festival will take place from Tuesday 14th - Friday 17th March and there are plenty of reasons for thinking it could be a true classic.

For a start, the meeting’s four blue riband events all look to be particularly strong renewals this year.

The first of those to be staged will be Tuesday’s Champion Hurdle, which could see the coronation of a potential legend of the sport in Constitution Hill.

Nicky Henderson’s six-year-old may well become an all time great if he stays fit and healthy, and he can take a big step towards securing that status with a victory.

He could easily win the race with his head in his chest, as he has done all of his starts under rules so far.

But the Willie Mullins pair of State Man and Vauban (winners at last year's Festival) should make a race of it, while the contest surely needs Honeysuckle’s presence to really make it a vintage renewal.

There is a chance that the winner of the last two runnings of the race will be re-routed to the Mares’ Hurdle, although every racegoer will be hoping she is given the opportunity to defend her crown again.

The jewel in Wednesday’s crown is the Champion Chase, where Energumene is currently an odds on favourite to make it back-to-back wins in the race.

He has seen off Shishkin, but new challengers have emerged in second season chasers Blue Lord (a stablemate of the favourite) and Edwardstone.

The front running course specialist, Editeur Du Gite, will make sure this is a spectacle to savour.

Willie Mullins also trains the hot favourite for the Ryanair Chase in the shape of another top class performer - Allaho.

Like Constitution Hill, when this horse is at his best no other contender can live with him and he was certainly that in this race last year, which he won by 12 lengths from the high-class Fakir D’oudairies.

That horse is likely to take Allaho on again this season, but a bigger danger may prove to be Shiskin.

Nicky Henderson has decided to step Shishkin up in trip in an effort to revive the fortunes of a horse that has previously won both the Supreme and the Arkle.

Last, but by no means least, is the Gold Cup, which is shaping up to be one of the strongest renewals in recent years.

If we aren’t lucky enough to have Constitution Hill, Energumene and Allaho all competing at the same time, all of whom would surely have been difficult to beat in any era of the sport, there is also Galopin Des Champs to look forward to.

He has the potential to follow in the footsteps of the likes of Kauto Star, Denman and Best Mate, and become one of the best of the best of recent times, but he will have to beat two former winners in Minella Indo and A Plus Tard to do so, as well as a host of new pretenders.

The new kids on the block are headed by Bravemansgame and L’Homme Presse, who were the best staying novices around last season and who finished first and second, respectively, in the King George at Christmas.

If that wasn’t enough to whet the appetite then there is also the prospect of last year’s Grand National winner Noble Yeats taking part, along with the winner of the American Grand National Hewick.

The supporting contests are no less interesting or competitive, and there are other potential superstars lurking everywhere you look.

Indeed, we may not have to wait long for the first one as Facile Vega, the second foal of the mighty Quevega, could turn the Supreme into a procession.

Plenty of racing fans are already licking their lips at the prospect of him and Constitution Hill clashing in next year’s Champion Hurdle.

The top-class action always comes thick and fast on day one, with the Arkle following hot on the heels of the Supreme and bookmakers Paddy Power paid out on Jonbon winning this race way back in November!

However, that may have been a bit premature as Jonbon is by no means the shortest ante post favourite at the meeting currently, and he will have to step up another level to beat the Willie Mullins battalions, headed by the 2021 Supreme winner, Appreciate It.

Other horses to look forward to include Hermes Allen in the Ballymore, Marie’s Rock and Love Envoi in the Mares Hurdle, and the ageless Paisley Park in the Stayers’ Hurdle.

But we have only scratched the surface.

The countdown has well and truly begun and the days simply can’t go quick enough until we hear the famous roar again at around 1.30pm on the 14th March.

The chances are that four days later we will be talking about some of the best jumps racing we have ever been lucky enough to witness at this great sporting amphitheatre.