A PROPOSAL FOR A FIFTH DAY AT THE CHELTENHAM FESTIVAL 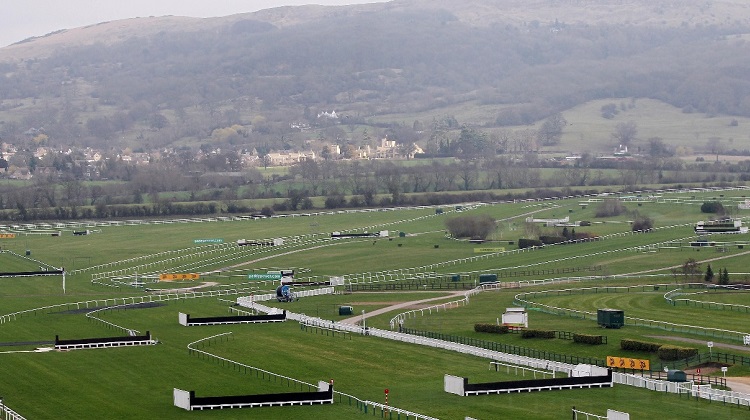 You know that feeling when you wake up the day after the Cheltenham Festival?

It’s a Saturday, the best day of the week for racing, but after four days of epic battle at the best meeting of the year, the highlight of your punting day is going to be watching some admirable but slow plodders trying to jump three circuits of Uttoxeter in the mud.

It’s a bit like Christmas being over and your Mum telling you that you’re going to the dentist the day after.

Well, we’ve got a solution for punting’s biggest hangover.

Now look, we totally get it - dilution of field quality, more chances for top horses to avoid each other and one more night to avoid ending up in a Cheltenham High Street gutter.

But if you’re a purist, hear us out, because the way things are going, we think you’ve really got to.

There are too many factions in racing who desperately want an extra day of the Festival. The racecourse does. Many top trainers do. But most importantly of all, the bookmakers reaaaaaallly do - and you don’t need us to tell you that they usually get what they want.

Festival traditionalists can protest, and with some justification, given what four days has done to the competitiveness of the meeting. But the bottom line is that they might as well tell the tide not to come in.

It’s a commercial industry - a fifth day is going to happen.

But we think we’ve found a way for everyone to get what they want. A win/win. A way to meet between the forty metre lines, as they say in Green Bay.

To explain, we need to take a little canter down memory lane.

Those without a long history in the sport might be surprised to know that just over twenty years ago, before Royal Ascot become a five-day fixture to celebrate the Queen’s Golden Jubilee, the week of Royal Ascot was already a Tuesday to Saturday meeting.

The first four days were Royal Ascot and then, on the Saturday, the track would stage a slightly bizarre meeting with the official title 'Ascot Heath' (the only time in the whole season that racing at the track was called this).

There were no Group contests, but it was racing at Ascot, so you could always be sure of some competitive action and loads of decent quality performers strutting their stuff, all on Britain’s finest flat racecourse.

It wasn’t the big show that preceded it, but it was still great racing, and you didn’t have that massive drop from the sublime to the slow on the Saturday after the meeting.

So, here’s our idea. We could do the same at Cheltenham.

Why don’t we run the Festival Tuesday to Friday and then stage another day’s racing, which wouldn’t officially be a part of the Festival, designed to sit alongside the four big days, without impacting them?

Maybe we could call the meeting ‘Prestbury Park,’ as a nod to the way Ascot used to do it.

All the Festival races would stay where they are right now, so the purists will be happy. But why not use this extra day to stage some top-class handicaps at a lower level than the Festival ones. Think the Silver County Hurdle, the Silver Kim Muir, the Silver Ultima, and so on.

There were twenty-six runners in the County, twenty in the Kim Muir and twenty-four in the Ultima at the last Festival - there’s a compelling argument that’s too many if we are truly concerned about welfare and safety.

So why not let those at the lower end of the handicap and those that didn’t make the cut at the declaration stage battle it out on the Saturday? It works really well for the Silver and even Bronze Ayr Gold Cups. It would here too.

And if you want a highlight, how about a Veterans’ Gold Cup, over the classic distance, for ten-year-olds and up?

Hell, we could have a Veterans’ Champion Hurdle too (ten-year-olds don’t usually win either of the main events unless they’re Sea Pigeon, so no threat to the quality of the actual Champion Hurdle or Cheltenham Gold Cup).

And why not make it a family day where newcomers to the Festival can be introduced to the experience of the great meeting itself?

All of the races could be named in honour of a legendary Champion of the past, rotating each year, and that former great could lead the runners down after videos of their Festival triumph appear on the big screens. It would be a wonderful way to introduce new racegoers to the party.

The Shergar Cup meeting at Ascot gets massive crowds. Our bet is this will too - you could market it as ‘The Festival After-Party.’

Here’s how we see the Saturday card:

A five-day Festival is coming. It’s a train that no one is going to be able to derail, simply because racing desperately needs to fund itself, and all commercial logic says a Festival Saturday is now both necessary and inevitable.

But this is a way for Cheltenham purists, and the accountants in the businesses running the show, to both get what they want, while honouring the history of the Festival, and encouraging new racegoers to try the real thing itself.

Cheltenham traditionalists wouldn’t have to stay for the last day if they didn’t want to - though we suspect many of them will.

And if you’re still in two minds, ask yourself this - would you prefer to wake up, on what’s currently the gloomiest Saturday in racing, to Newcastle, Uttoxeter and Fontwell, or would you rather get stuck into a day of fantastic handicaps and a clash of some jump racing legends at God’s own racecourse?