DAY 1 PREVIEW: TIPS FOR ALL 7 RACES AT THE FESTIVAL ON TUESDAY 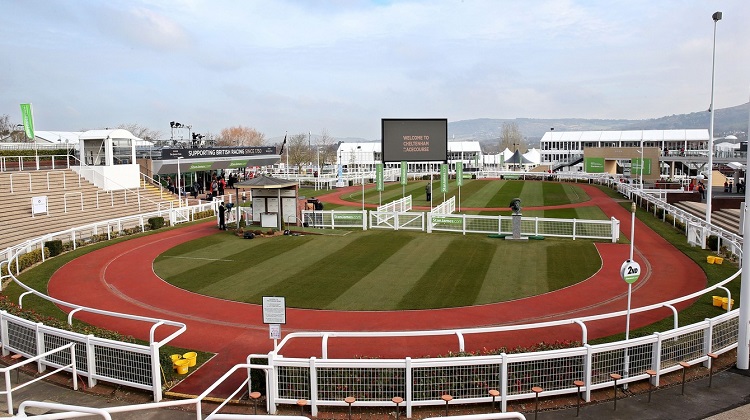 There will be many things about this year’s Festival that are different to what we know and love, including the lack of the famous roar that usually greats the start of the first race, but one thing that stays the same is that we have a Willie Mullins trained favourite in the Supreme.

The recent rain will certainly be in favour of Appreciate It as stamina appears to be his forte. He was second in last year’s bumper and is a worthy favourite based on his efforts in Ireland so far this season.

However, he looks plenty short enough in the market and better value probably lies with his stablemate, BLUE LORD who may be open to more improvement and was only six lengths behind the favourite when they clashed at Leopardstown in February.

Ballyadam split the pair that day and he warrants plenty of respect too. In fact, it could just be that the Irish novices are much better than their English counterparts especially given the lack of a star novice hurdler in the Nicky Henderson camp. With that in mind, a tri-cast featuring Appreciate It, Ballyadam and Blue Lord looks an interesting alternative bet. They are actually numbers 1, 2 and 3 on the racecard.

Outsiders For Pleasure and Grumpy Charley are not without hope. If the former is given too much rope out front he could be hard to peg back, as was the case when he won here in November, whilst the latter is improving fast and it is hard to know where the ceiling for this horse is.  Grumpy Charley, in particular, looks capable of claiming a place.

Nicky Henderson may a lack a star two mile novice hurdler, but he certainly has a star in the equivalent chasing division, with Shishkin being arguably the most exciting horse in training. He should add to Henderson’s amazing record in the race - but he is no sort of price for most punters.

Instead, the each-way value looks to lie with CAPTAIN GUINNESS, who was desperately unlucky when being brought down behind Shishkin in last year’s Supreme. He also fell last time over fences when looking like being the main challenger to Energumene in a Grade 1 at Leopardstown. He is due a change of luck and looks to have a big race in him.

Allmankind will ensure a fierce end to end gallop, and a reverse forecast with Captain Guinness is worth a small interest, just in case anything goes wrong with the favourite.

The first big handicap, and first big betting heat, of the week is the Ultima. Sixteen go to post, but there is a very warm favourite in the Kim Bailey trained Happygolucky. He looks to have been laid out for the race following his win here in December, but he is still relatively inexperienced and the value in his price has long gone.

Another novice chaser looks to have just as good a chance, but at a much better price. Nick Williams has a knack of finding Festival winners from amongst his small string and ONE FOR THE TEAM could be the latest. He flopped at Doncaster last time out, but there were excuses for him that day, and based on his form prior to that outing he should really be suited by this stiffer test of stamina. He also looks unexposed as he is still racing off of a mark that is the same as the level he reached over hurdles.

At a bigger price, ADMIRAL'S SECRET looks to have been underestimated by the bookies. He is leaving it late to be stepping up to three miles, so stamina is a concern, but he has looked to be in need of further on his last couple of outings. His small stable had a winner recently to bolster confidence.

Others for the shortlist are OK Corral, Cepage, and Alnadam. The last-named looks the pick of that trio if he handles the track.

The Champion Hurdle is dominated by a trio of heavyweights.

Last year’s winner, Epatante, won the race impressively, but has to put a disappointing run at Kempton last time out behind her.

Another mare, Honeysuckle, looks more solid based on this season’s efforts. She, too, won here last season, taking the Mares’ Hurdle. Her win in the Irish Champion Hurdle last time out showed she is ready for this further step up in grade.

However, slight preference amongst that trio is for GOSHEN. He would also already have a Festival success on his CV had he not fallen at the last in the Triumph with the race at his mercy. It seemed to take him time to get his form back after that, but he was very impressive at Wincanton last time out in the Kingwell.

Of those at bigger prices, ABRACADABRA and Aspire Tower are of most interest. The former ran a really good race in last year’s Supreme and could be the one to give our main selection the most to do.

Willie Mullins has excelled in the various mares’ only contests that have been added to the Festival programme in recent years and he looks to have found another potential star in CONCERTISTA, who won the Dawn Run in style last season.

She is easily the pick of those at the head of the market, with her closest rival in the betting, Roksana, probably needing further to be at her best.

The biggest danger to the main selection could well, therefore, prove to be BLACK TEARS, who was second here behind Dame de Compagnie in last year’s Coral Cup. She gets a slight swing in the weights with that rival today, making her the one for the forecast.

Of those at bigger prices, don’t rule out My Sister Sarah, who has had a wind operation since she last ran.

The Fred Winter looks the hardest puzzle of the day to solve, but another Willie Mullins runner, SAINT SAM, looks to have very solid each-way claims. He has been knocking on the door in some of the best juvenile hurdles run in Ireland this season, looking a strong stayer in the process. He should relish the climb to the line here, as well as the end-to-end gallop.

Houx Gris and Riviere D’Etel hail from powerful yards and must be respected, but if you like Houx Gris then you have to give HOMME PUBLIC a chance based on their French form.

It is also interesting that Venetia Williams throws BURGANDY MAN in at the deep end here and without a start in this country/for this yard. He could be worth backing at a crazy price with bookmakers offering six places.

The final race of the day is also the longest and having won over three miles over hurdles as a novice, this stamina test should be right up ESCARIA TEN's street. All he does is stay and he has some decent form in the book too, having not finished that far behind the mighty Monkfish when fifth at Fairyhouse in November.

He gets the nod ahead of REMASTERED, who looks pick of the English challengers provided he can get into a nice rhythm early on.

THE MIGHTY DON is an interesting outsider. He has always threatened to be suited by a marathon trip and has run well at Cheltenham before. His yard is in good form too, so he is worth chancing at odds of around 50/1 with 4 places.