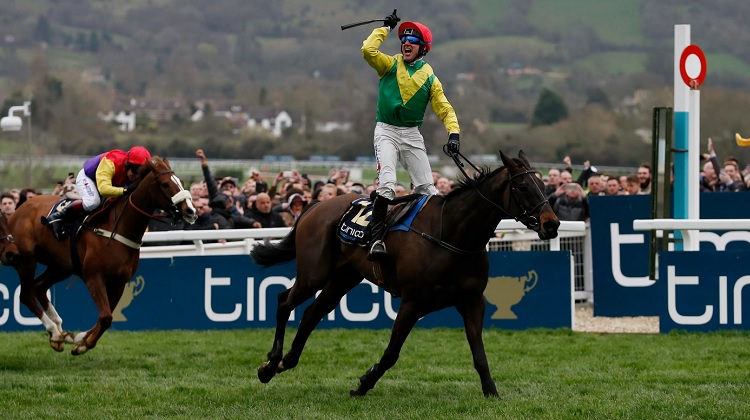 Almost five years after Sizing John secured an Irish Gold Cup / Cheltenham Gold Cup double, there is an added incentive for any horse that repeats that rare feat this year.

The Irish Gold Cup sponsors are offering a €150,000 bonus to the connections of this year’s winner, if their horse goes on to win the Cheltenham Gold Cup in March.

In fact, Sizing John went on to win the Punchestown Gold Cup that season to complete an unprecedented treble.

Last year the Irish Gold Cup was won by Willie Mullins' Kemboy, who then finished ninth in the Cheltenham Gold Cup.

He is currently 5/2 joint-favourite for back-to-back Irish Gold-Cup's, alongside Frodon (5th in the Cheltenham Gold Cup last year).

But neither of the favourites are entered in the 2022 Cheltenham showpiece, leaving just 4 horses with entries for both races.

Minella Indo is currently the 3/1 third-favourite for the Irish Gold Cup and 7/1 to retain his Cheltenham Gold Cup crown.

But Henry de Bromhead's charge has a point to prove having been pulled up in the King George VI at Kempton on Boxing Day.

The enigmatic Asterion Forlonge looked set to beat Ryanair Chase winner Allaho when unseating his rider in a Grade 1 chase at Punchestown in December.

The Mullins-trained grey was also a late faller in the King George that month and is 5/1 for Saturday's big race at present.

He is available at 22/1 for the Cheltenham Gold Cup, but also has entries for both the Ryanair Chase and Stayers' Hurdle.

That leaves just the Gigginstown pair of Delta Work and Conflated.

Delta Work actually had a shot at this big race double in 2020: having won the Irish Gold Cup he set off at 5/1 at Cheltenham.

But the five-time Grade 1 winner jumped poorly and finished fifth, then missed last year's Cheltenham Festival after picking up a fracture when third in the Irish Gold Cup.

Conflated, a late call-up to the Irish Gold Cup, is the only non-G1 winner in the field.