CHELTENHAM TIPS: RACE PREVIEWS AND BEST BETS FOR DAY 4 OF THE FESTIVAL 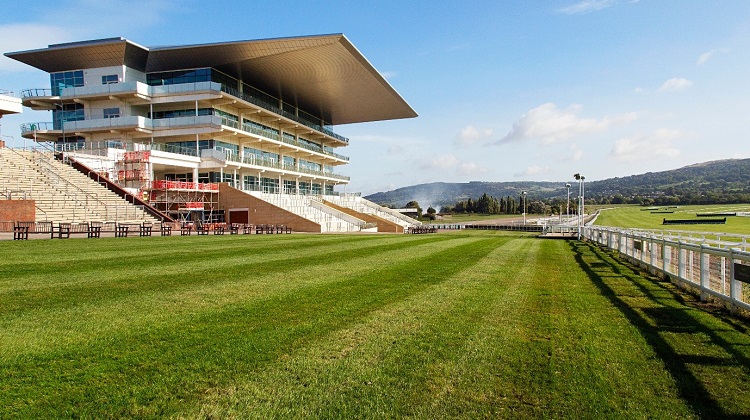 It's already the final day of the 2022 Cheltenham Festival, which of course means that it is Gold Cup day.

Yesterday was a tough day from the off with our selection in the first, Galopin Des Champs, falling at the last with the race at his mercy.

The last race was as painful as the first, as not only did we tip the runner-up, Mister Coffey, at 12/1 - but also shortlisted the winner, Chambard, who returned at 40/1.

Vauban is the form pick in the Triumph Hurdle having beaten a number of these last time out, including stablemate Il Etait Temps.

Willie Mullins has a strong hand with Icara Allen also representing the champion trainer, but Gary Moore is double handed too and we think both of his horses are worth an interest as they represent better value at the prices.

PORTICELLO came from France with a big reputation and his only defeat so far came behind Knight Salute on unsuitable ground at Doncaster.

With more give underfoot today, and a bigger stamina test, he can reverse that form.

TEDDY BLUE'S chances are less obvious as he is still a maiden over hurdles, but there was a lot to like about his effort behind Knight Salute at Kempton last time out.

He had decent form on the flat and could have more potential than some of these.

Pied Piper could prove the main danger based on his romp here in January, especially if the ground dries out.

Bet365, Paddy Power and Betfair Sportsbook are all offering 4 places for each-way bets on this race.

The County Hurdle is always one of the most competitive races of the week.

A number of trainers have multiple runners and, as we’ve highlighted previously, it can often be one of a yard’s less fancied horses that prevails.

Mullins has five, for example, and the one we like best is TAX FOR MAX.

He has yet to win over hurdles, but was very decent on the flat and has been gelded - and freshened up - since he last ran.

He tries handicapping for the first time instead of going for one of the championship races for novices and he looks a strong stayer over 2 miles, which is a must in a race like this.

Pick of the outsiders might be another runner from the Emerald Isle, IRASCIBLE.

This horse’s form tailed off a bit last season, but he had fared well in graded races earlier on in the campaign and looks to have been set up for this following a pipe opener at Fairyhouse last month.

I Like To Move It, Farout and Surprise Package are others to consider.

Various bookmakers are offering 7 places for each way bets on this race, while Sky Bet offer 8 places.

The Albert Bartlett is a real test for novices and it often pays to side with experience.

With that in mind, GOOD TIME JONNY looks worth an each way interest.

His trainer, Andrew Martin, has had some big days at the Festival before and certainly knows how to prepare one for the big day.

He has proved form over the trip and has been battle hardened by racing against handicappers.

A horse that has certainly proved his stamina in novice company is the Henry de Bromhead trained SHANTREUSSE.

His wins over 3 miles have also been on soft or heavy ground so he should be staying on at the end when many of these will have cried enough.

With some very decent point to point form to his name, BALLYGRIFINCOTTAGE can lead the way for the home contingent.

Various bookmakers are offering 5 places for each way bets on this race.

Next up is the highlight of the week, the Cheltenham Gold Cup.

It might not be a classic renewal, but the line-up does include the winners of the last three renewals.

However, we think that both Al Boum Photo and Minella Indo are opposable, and we are also going to take on A Plus Tard, who has now been beaten when well fancied for both this race and a Ryanair.

Galvin looks to have rock solid claims and will be hard to keep out of the first three. He is a strong stayer and loves Cheltenham, but any value in his price has long gone.

Having suggested backing Royal Pagaille and Protektorat each way earlier in the season, we would recommend supplementing their chances with a bet on this year’s King George winner, TORNADO FLYER.

Some people have tried to knock the form of that Kempton race as Tornado Flyer was a surprise winner, but he travelled like a top class horse throughout the contest and clearly improved for the step up in trip.

He was a staying on fifth in the Marsh Chase here in 2020 and a staying on third in last year’s Ryanair, and looks to have untapped potential over longer distances.

Next up is the Gold Cup for amateur riders - the St James’s Palace Festival Hunters’ Chase.

We would suggest keeping stakes small here as it is always hard to equate hunter chase form point to point form and form under rules.

Two potential improvers who are worth supporting each way are DUBAI QUEST and PREMIER MAGIC.

Winged Leader is another to consider with various bookmakers offering 5 places each way on this race.

The mares take centre stage next and there is little to choose between the top three in the market.

The one with the most improvement in her over fences could prove to be CONCERTISTA, who has also run well at this meeting in the past.

At double figure prices, another course specialist, VIENNA COURT, could stay on late to claim a place at least.

It barely seems possible, but there could still be all to play for in the Prestbury Cup come the meetings finale.

If so, we think the cup might be coming home as both of our fancies are trained in Britain.

First up is last year’s runner-up, LANGER DAN, who was only beaten by a wonder horse in Galopin Des Champs.

The other selection, COBBLERS DREAM, won a big handicap at Kempton last time out for a trainer who has had big priced Festival winners before.