CHELTENHAM TIPS: RACE PREVIEWS AND BEST BETS FOR DAY 3 OF THE FESTIVAL 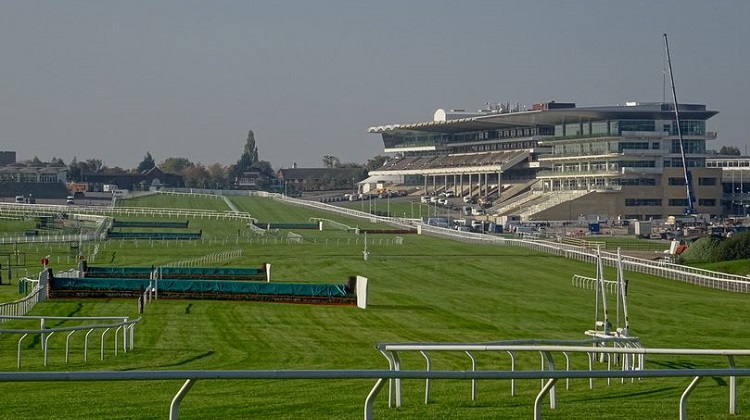 It also happens to be St Patrick's Day and with a couple of odds-on favourites running for them they look likely to extend that lead before the end of the day.

Only four go to post for the opening contest of day three of the Festival and on all known form it is a match between two potential superstars of the future - Bob Olinger and Galopin Des Champs.

However, horse racing is nothing if not unpredictable and as fans of Shishkin and Tiger Roll will testify, events rarely turn out as you would expect or hope.

Given the odds on offer, it is hard to find as decent betting angle here, although we just think GALOPIN DES CHAMPS may have the edge.

Let’s hope for a clear round from both so get a decent spectacle despite the low turnout.

The Pertemps is a completely different kettle of fish with a massive field of 24 horses set to face the starter.

A strong stayer will be needed after yesterday’s rain and we think ALAPHILIPPE fits the bill.

He ran a cracker in last season’s Albert Bartlett and seems to have been laid out for this ever since.

He travelled consciously well on his comeback in a qualifer at Warwick in January.

He ran out of steam late on, but will presumably be fully wound up for this and give Fergal O’Brien his first Festival winner.

The race could easily be dominated by those at the head of the market as Sire Du Berlais and WINTER FOG also look to have strong claims.

The latter is from a yard that specialises in readying one for the big day and having only had one race for Emmet Mullins so far he surely has more improvement in him.

Of the outsiders, there could be a big run in COEUR SEREIN.

Jonjo O’Neill has had a number of monster priced winners at the Festival in the past and this horse has looked a strong stayer over both hurdles and fences.

Dame De Compagnie, Ballyandy and The Cob were also on the shortlist.

Various bookmakers are offering 7 places for each way bets on this race.

One of the stars of last season’s Festival, Allaho, looks to make it back to back wins in the Ryanair Chase at 2.50pm.

He is many people’s banker of the week and with good reason too as he destroyed the field in this race last year.

If he is in the same form today he will be impossible to beat, but there are some juicy each way angles to play, with Bet365 still offering three places.

Chief amongst them is JANIDIL who is stepping back in trip having put up some decent efforts over three miles in Ireland earlier in the campaign.

This shorter trip on soft ground should be perfect for him and he gave Allaho a fright in the John Durkan at Punchestown in December.

Melon is a standing dish at the Festival these days and with a confidence boosting win last time out he could make it a one, two, three for Willie Mullins, but a place is probably the best he can hope for whereas the up and coming ELDORADO ALLEN still has untapped potential at the trip.

He won the Denman last time out and ran a blinder to chase home Shishkin in last season’s Arkle.

Fanion D’Estruval could also run a big race for the in form Venetia Williams.

This horse was beaten a long way in the race last year, but has improved and will relish the ground. If he can hold a position early and jump well he should be staying on strongly at the death.

Next up is the Stayers Hurdle and whilst the division currently lacks a star performer the race is all the more competitive for it.

However, the former has to prove he can cope with the preliminaries (there was no crowd for him to contend with last season), whilst the latter can sometimes go off too fast in front.

There is also no telling which Paisley Park will show up, so the safest option could be THYME HILL, who has an excellent record at the Festival.

He was third in the Champion Bumper in 2019 and an unlucky fourth in an outstanding Albert Bartlett in 2020.

Royal Kahala is another solid option, but at a bigger price have a saver on the 2020 winner, LISNAGAR OSCAR.

The race should be run to suit as he loves staying on late off of a fast early pace. He also won’t mind the soft ground.

The day ends with three big field contests, with plenty of each way value for punters and six places on offer with many bookies.

A potentially big day for trainer Phil Hobbs can get better here courtesy of CELEBRE D’ALLEN.

This horse is three from three for the yard since making the move from France and he still looks to be ahead of the handicapper.

Another trainer hoping for a red letter day is Fergal O’Brien and his horse here, IMPERIAL ALCAZAR, is the other one to be on.

He has always been held in high regard by connections and everything seemed to click for him when winning over C&D last time out.

He had decent form over hurdles, but was always expected to make up into a better chaser.

Grand Paradis looks the pick of the Irish, whilst of those at double figure prices SLATE HOUSE is dangerously well treated if able to get back to anything like the form that he showed when winning a Grade 1 Novices' Chase at Kempton on Boxing Day in 2019.

The Mares Novices’ Hurdle is arguably the hardest race to solve, given that so many of the runners are still unexposed.

Ireland have dominated the race since its inception, with Willie Mullins winning the first five renewals.

It wasn’t always his most fancied runner that triumphed and we think HORS PISTE can continue that trend today.

She stays further than 2m and handles heavy ground - two qualities that will give her an advantage over many of her rivals here.

She was sixth in last year’s Champion Bumper and looked likely to challenge when falling two out in a Grade 3 last time out - where Brandy Love was second.

Stablemate Statuaire is also interesting. She was outclassed in a hot race last time out but should fare better today now racing against her own sex again.

Pick of the English runners could prove to be NINA THE TERRIER.

She was beaten by Love Envoi last time out, but travelled like the best horse for much of the race and will be suited by the drop back to 2m today.

Various bookmakers are offering 5 places for each way bets on this race.

The amateur riders take centre stage in the Kim Muir Chase at 5.30pm.

One of the best pilots in the race is Sam Waley-Cohen and he teams up with Nicky Henderson to ride MISTER COFFEY.

This horse looks a potential improver now stepping up to three miles plus. He chased home L’Homme Presse at Kempton last time out.

AIN’T THAT A SHAME and GLENCOE look the best of the Irish raiders.

The former is a lightly raced novice who should also improve now trying this longer trip for the first time, whilst the latter was runner up in the 2018 Pertemps and seem to be getting back to his best after a long layoff.

Smoking Gun, Chambard and Omar Maretti are others to consider.

Some bookies are offering 6 places for each way bets on this race.