CHELTENHAM TIPS: RACE PREVIEWS AND BEST BETS FOR DAY 2 OF THE FESTIVAL 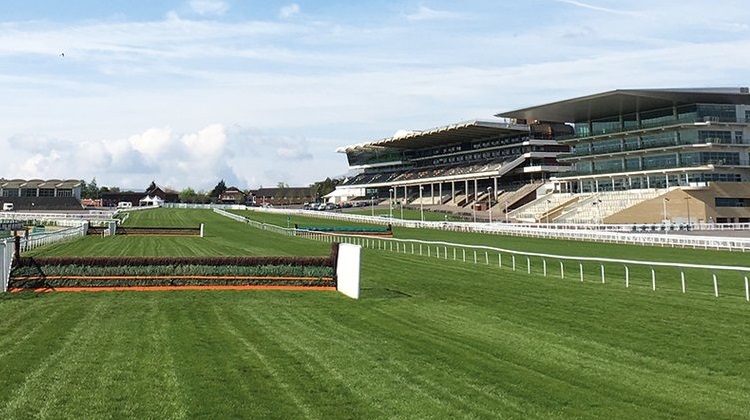 The opening day of the 2022 Festival was lit up by a performance for the ages by Constitution Hill in the Supreme Novices’ Hurdle.

Willie Mullins and Gordon Elliott have started the Festival with a combined total of one winner from 28 runners, but they saddle five of the seven favourites here today.

The novices open up proceedings again this afternoon in the Ballymore over the longer trip of 2m 5f.

There is plenty of rain forecast for Cheltenham today, so don’t be surprised if the going changes to soft or worse at some point during proceedings and with the emphasis likely to be on stamina we think the hot favourite, Sir Gerhard, can be opposed here.

Focus instead on JOURNEY WITH ME who represents the connections that won this race last year with Bob Olinger.

This horse is unbeaten in four starts, including a point to point where he proved his staying qualities.

If the ground doesn’t get too much worse, Stage Star could be the main danger.

Paul Nicholls has a small, but select, group of horses running at this year’s meeting and he has never hidden the fact that he rates this six year old highly.

Next up is the Brown Advisory Novices’ Chase and this is a gruelling contest for young horses even when ground conditions are less testing.

Too much rain certainly wouldn’t suit Bravemansgame and there is every chance that AHOY SENOR can reverse the form of their Kempton clash over Christmas.

This stiffer track will definitely play to the strengths of Lucinda Russell’s seven year old, who was entered in the Gold Cup before connections chose the more traditional Festival route for a novice.

The yard had a winner here yesterday.

The other one to back is CAPODANNO. Willie Mullins has an excellent record in the race and this horse looks a likely improver now upped in trip.

He wasn’t far behind the top class Bob Olinger over 2m 4f at Punchestown in January.

Stablemate Gaillard Du Mesnil also made the shortlist and could be an interesting each way option for those looking for one at a bigger price.

Most bookmakers are offering 4 places for each-way bets on this race.

The first of the day’s big handicaps is the Coral Cup where one of the challenges will be to find the best of the numerous Willie Mullins and Gordon Elliott runners - the two yards account for nine of the 26 runners.

It often isn’t the most fancied of the runners from these yards that prevails in these big handicaps and of the Mullins runners we like MAZE RUNNER.

He won a big handicap in Ireland back in February last year and showed signs of a revival last time out. He is coming back down in trip, which should suit.

If we don’t get too much rain, Tronador could be the pick of the Elliott runners, but we think another Irish horse, DROP THE ANCHOR, has even stronger claims.

This horse was a fine seventh in last year’s County Hurdle and was flying at the finish in a big handicap hurdle at Leopardstown last month. The step up in trip should really suit him.

There are plenty of others to consider including Camprond and Garry Clemmont (wouldn’t want soft ground) and Ganapathi.

But of those at bigger odds it might be worth siding with DALY TIGER who may enjoy the return to hurdling here and who looks thrown in on the best of his chasing form.

Some bookmakers are offering 7 places for each way bets on this race.

It is 1-0 to Shishkin so far, following their mighty tussle at Ascot in January, and we expect the Nicky Henderson horse to confirm that form today and maintain his unbeaten run.

The stiff uphill finish here looks likely to play to his strengths, although it should be close again provided both horses have fully recovered from that earlier battle.

There is a top class supporting card too including the likes of Chacun Pour Soi, Nube Negra and last year’s winner, Put The Kettle On.

However, each way punters might want to take a chance on ENVOI ALLEN returning to his best at a meeting where he has won twice in the past.

His form dipped markedly last season, but he won last time out, has had a wind operation since and is reported to be in flying form at home.

Another momentous race follows the Queen Mother as the legendary Tiger Roll looks set for his final outing in the Cross Country Chase.

It's a contest that he has already won three times!

Most fans will be willing him to victory, regardless of whether they have backed him or not, and a return to the form that saw him win here by 18 lengths last season would make him almost impossible to beat.

He isn’t a great price, though, and the unexposed, ex-French raider, PRENGARDE could prove to be more than a match for a horse that is twice his age.

Prengarde has had one run for Enda Bolger since moving from France and looks to have a similar profile to EASYLAND, who romped home here in 2020.

Easysland is actually the other one to back as he looked a superstar when winning this race 2 years ago.

Things haven’t always gone smoothly for him since, and he has pulled up over hurdles on his first two starts for Jonjo O’Neill, but it is worth remembering that a number of Jonjo’s Festival winners had a “P” against their name in the form book last time out.

Brahma Bull is an interesting outsider.

The Johnny Henderson Grand Annual looks the hardest puzzle on the card to solve, especially with doubts over the state of the ground come post time.

One horse that would relish any worsening in conditions would be FRERO BANBOU.

He was just behind Editeur Du Gite here in December and is better off with that rival at the weights today.

Editeur Du Gite is one of the ones that would prefer good ground, along with other shortlisted horses Gumball, Buddy Rich and For Pleasure.

It may be worth waiting to see how the weather plays out before committing, but at this stage we like GUMBALL and BUDDY RICH most.

Gumball would have won a Grade 2 contest here last season but for falling two out.

He looks well treated if able to reproduce that effort here, whilst Buddy Rich appears to have been laid out for this following a series of decent efforts over fences in the autumn.

The race is sure to be run to suit some of the hold up horses too, with so many guaranteed front runners in the line-up, which means the likes of A Wave Of The Sea and Sky Pirate also enter the equation.

Various bookmakers are offering 6 places for each way bets on this race.

There are so many head to head clashes to savour at this year’s Festival, one of which is in the Champion Bumper where the second foal of the mighty Quevega, Facile Vega, takes on American Mike.

Both are unbeaten so far and have huge reputations.

Narrow preference is for AMERICAN MIKE who has a point to point win to his name as well as two bumpers.

The last three winners of this race all hailed from the Irish P2P scene and nothing has got near him on his two starts under rules.

The rest look to be playing for places, but if you do want to back one at a double figure price JOYEUX MACHIN could be the one to get closest to the big two in the market.

All bookmakers are offering 4 places for each way bets here.