CHELTENHAM TIPS: ANTE POST PREVIEW OF THE FEATURE RACES AT THE 2023 FESTIVAL 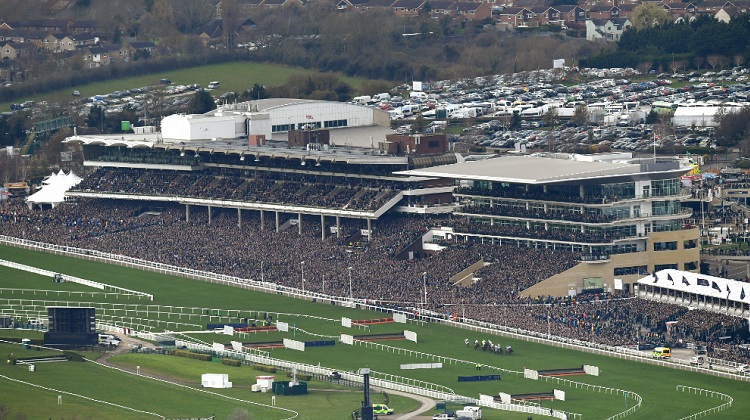 With many of the key trials for the big races at this year’s Festival having been run, and with the entries for those races having been made, now seems like the perfect time to re-assess the ante-post markets.

There is no better place to start than with the biggest race of them all - the Gold Cup - which has attracted 27 entries.

They include the much faniced L’Homme Presse, who now sadly looks likely to miss the race through injury.

He is one of a crop of high class second season chasers, with several looking set to serve it up here to the likes of former winners Minella Indo and A Plus Tard.

Galopin Des Champ looks a worthy favourite based on his blistering efforts over fences so far. However, he has yet to race over this sort of trip and so doesn’t represent any ante post value.

By contrast, his stablemate Stattler has stamina in abundance, which he proved by comfortably winning the National Hunt Chase at last season’s Festival.

Strong stayers tend to win this race and Stattler should be good enough to make the frame here, at least.

There is a risk that Bravemansgame might get outstayed too, but a real stamina test will suit Noble Yeats, who is looking to secure a rarely achieved double, having won last season’s Grand National.

He looked better than ever when finding an impressive turn of foot to win the Many Clouds Chase at Aintree last time out and his young trainer, Emmet Mullins, has an incredible recent record in big races.

However, at a bigger price the one we think is worth backing now at 25/1 is HEWICK.

He also has a very shrewd trainer and “Shark” Hanlon has been convinced for some time that his flag bearer is a real Gold Cup contender.

He won the bet365 Gold Cup at Sandown at the end of last season and followed that up by winning the Galway Plate in July under a big weight.

He might have done the same in the Kerry National too, but for falling at the last, but he put that disappointment behind him by triumphing in the American Grand National, last time out.

He has been kept fresh for this since, but there is one word of warning - decent ground is absolutely key to his chances.

If the ground went the other way and was very soft or heavy, the 66/1 currently on offer about Royale Pagaille would look very generous.

This year’s Champion Hurdle doesn’t look anything like as competitive and it is obviously very hard to look beyond the exceptional Constitution Hill.

Nicky Henderson’ stable star is likely to frighten off most potential opponents, with there being the very real possibility of Epatante and Honeysuckle, for example, being rerouted to the Mares’ Hurdle.

As a result, the only two that are worth focusing on are the Willie Mullins pair of State Man and Vauban.

Both horses won at last year’s Festival, and so obviously like the track, and at the prices slight preference is for VAUBAN.

The former Triumph Hurdle winner was said to need his recent re-appearance run, when beaten just over 4 lengths by State Man in Leopardstown's Matheson Hurdle.

He travelled well that day, but just seemed to run out of steam, and has a good chance of reversing that form here, especially if he can brush up on his jumping.

He should hit the frame here, at least, and is currently available at 9/1.

Wednesday’s highlight is the Queen Mother Champion Chase, where there is another very warm favourite in the shape of last year’s winner, Energumene.

With Shishkin set to be upped in trip, Energumene’s main rivals look likely to be the first and third in last year’s Arkle Chase - Edwardstone and Blue Lord.

Edwardstone looked better than ever when winning the Tingle Creek at Sandown in December and he probably still doesn’t get the credit he deserves.

He is a very serious challenger, but is probably best backed on the day as his price isn’t likely to be much shorter, as long as the favourite turns up in one piece.

Blue Lord has something to find with Edwardstone, based on last season’s form, but he took his form to a new level when winning the Grade 1 Paddy’s Rewards Club Chase at Leopardstown over Christmas.

Edwardstone probably still just has the edge for us, but ante post betting is often about trying to find a big priced winner and the potential dark horse here is EDITEUR DU GITE at 25/1.

This horse loves Cheltenham and if he gets into a good rhythm out in front he could be hard to peg back.

He put up a career best effort to take the Desert Orchid Chase at Kempton in December (when Edwardstone fell at the fifth) and we have seen surprises in this race in the past.

For those looking for one at a monster price, at 66/1 GENTLEMAN DE MEE looks interesting.

He beat Edwardstone in the Magull Novices’ Chase at Aintree in April and, crucially, always seems to show his best form in the spring.

That means there is a good chance he can improve significantly on his slightly uninspiring efforts so far this season.

There are two big races on the Thursday of the Festival.

First up is the Ryanair Chase, where Allaho bids for a hat trick of wins in the race.

Again, he can’t be backed ante post at his current odds, so who are the main dangers?

The most interesting challenger amongst a total of 27 entries for the race is surely SHISHKIN.

Things have gone badly wrong for Nicky Henderson’s nine-year-old since he beat Energumene in the Clarence House Chase last January in one of the best races of recent times.

He has looked ready for a step up in trip for some time and could easily bounce back to his best here. If he runs well in his prep race the 8/1 currently on offer could look extremely generous.

Of those at double figure prices, Hitman (33/1) is surely better than he showed in the King George on Boxing Day.

His form behind Fakir D’oudairies in last season’s Melling Chase suggests he is worthy of respect here if Paul Nicholls can get him back to his best.

The staying division over hurdles arguably lacks a real superstar and this year’s renewal of the Stayers’ Hurdle looks wide open.

As a result, it would be really interesting if any of the top-class chasers that are currently entered - including Chacun Pour Soi, Asterion Forlonge, Monkfish and Saint Sam - get re-routed here.

Blazing Khal and Buzz would also have to be on the shortlist if either of them could be guaranteed to recover from injury in time.

However, when having an ante post bet you want to find a horse that has this race as its main target and that looks more likely than not to turn up on the day.

On that basis, the standout bet at this stage looks to be the evergreen PAISLEY PARK at 10/1.

It may seem mad to recommend a horse who is now 11 years old, but he has looked as good as ever so far this season and if he is on the tails of the leaders turning for home we know that nothing will finish better than him up the hill.

Fairytales do come true at the Festival, and this could be another one.