CHELTENHAM FESTIVAL 2022: WHAT TO LOOK FORWARD TO THIS YEAR 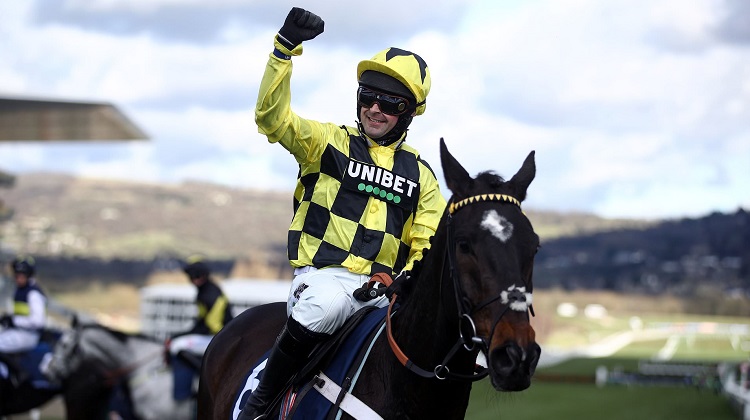 Every Cheltenham Festival is special, but there are more reasons than usual to be excited about this season’s National Hunt spectacular, not least because fans will be returning to Prestbury Park following last year’s Covid lockout.

A full house is guaranteed on each of the four days and racing enthusiasts won’t have to wait long for a clash to savour, as the opening race on the card, the Supreme Novices' Hurdle, looks set to be a classic.

The huge reputations of Constitution Hill, Jonbon, Sir Gerhard, Dysart Dynamo and Kilcruit will all be put on the line in a contest between the best young hurdlers either side of the Irish Sea.

It is also a clash of the best trainers of our generation as Messrs Mullins, Henderson and Elliott account for the first 11 horses in the current ante post market.

Constitution Hill or Jonbon could get Britain off to a flying start, but if neither wins, and hot favourite, Edwardstone, also fails to land the Arkle, we could end up with a bigger greenwash than last season when Ireland won a record twenty-three races.

Ominously, the next 8 horses in the market for the Arkle all hail from the Emerald Isle.

One of the big disappointments of 2021’s fanless Festival was the lack of the usual roar from the stands when a new champion returned to the winners’ enclosure.

Few horses deserved that reception more last year than the unbeaten super mare - Honeysuckle - and she is back to put things right this year when she goes for win no. 15 in the Champion Hurdle.

A place amongst the legends of the sport is hers for the taking, although that man Mullins might have something to say about it, as he looks set to saddle his own unbeaten star, Appreciate It, in the same race - despite his gelding not having raced since hacking up in last year’s Supreme.

If the Supreme and the Champion Hurdle are the highlights of day one, the highlight of the whole meeting could prove to be day two’s Champion Chase, where another horse unbeaten under rules, Shishkin, renews rivalry with Energumene following their epic clash at Ascot last month:

The likes of Chacun Pour Soi and Nube Negra are others amongst a stellar cast and the fact that last year’s winner, Put The Kettle On, is a 20/1 shot currently tells you all you need to know about the strength in depth in the two-mile division.

Wonderful Wednesday continues with the Cross Country Chase and there won’t be a dry eye in the house if the legend that is Tiger Roll can roar to victory once more on the final appearance of what has been an illustrious career.

The dual Grand National winner is aiming for an incredible sixth Festival success, the first of which was in the Triumph Hurdle way back in 2014.

All of this means that this year’s Gold Cup is being somewhat overshadowed by the incredible stories set to be told on the earlier days of the meeting.

But the crop of young chasers primed to turn out in either the Brown Advisory Novices’ Chase on Wednesday or the Turners Novices Chase on Thursday, suggest it may not be long before we discover the next Kauto Star or Denman.

Any of Bravemansgame, Galopin Des Champs, Bob Olinger, Ahoy Senor or L’Homme Presse could easily be back next year to lift the biggest prize of them all.

If this wasn’t enough we can also look forward to seeing Allaho, A Plus Tard, Al Boum Photo, Minella Indo, Champ, Paisley Park, Facile Vega etc, etc...BRING IT ON!