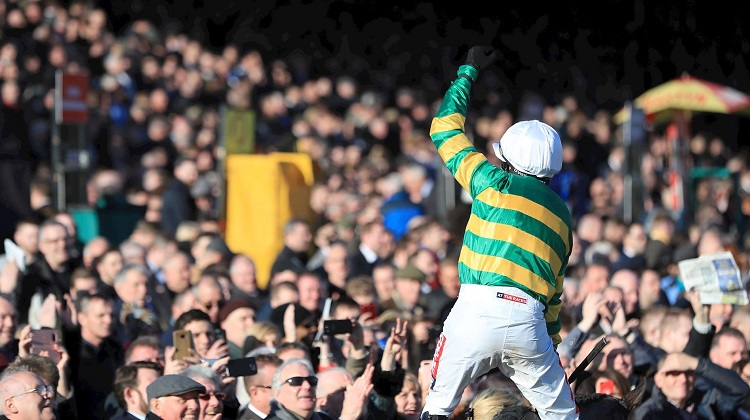 Entries were published today for the two blue-riband hurdle races at the Festival - the Champion Hurdle and Stayers' Hurdle.

And Irish raiders head the ante-post markets in both races.

It is no surprise at all that she is the odds-on favourite to defend her title.

Willie Mullins has four entered including Sharjah, runner-up in the last two renewals, who won a fourth Matheson Hurdle last month, albeit not convincingly.

He could also throw Appreciate It into the mix as a fascinating potential challenger.

The wide-margin winner of the Supreme Novices' Hurdle last year has not been since, but has been kept over hurdles rather than campaigned over fences.

Epatante looked back to her best in the Christmas Hurdle at Kempton on Boxing Day, while eleven-year-old Buveur D'Air could look to secure a remarkable hat-trick.

Gordon Elliott is another with four entries, the pick of whom appears to be Zanahiyr, last year's Triumph favourite who got back to winning ways at Down Royal in October.

A total of 33 horses are entered for this year's Stayers' Hurdle (Thu 17th March).

A runaway winner of the Stayers' Hurdle at the Punchestown Festival last season, he also won a contentious Christmas Hurdle at Leopardstown over Christmas.

Paul Townend 'stole' six to eight lengths at the start of that race and won by two.

Gavin Cromwell's star aims to become the first horse since Big Buck’s to defend the crown, while other former winners Paisley Park and Lisnagar Oscar are also entered.

Another prominent in the market is Philip Hobbs' Thyme Hill, who missed last year's Festival but bounded to victory in the Stayers' Hurdle at Aintree soon after.

A disappointment in last year's Gold Cup, Champ had been earmarked for another crack, but victory in the Long Walk Hurdle at Ascot last month might prompt a rethink.