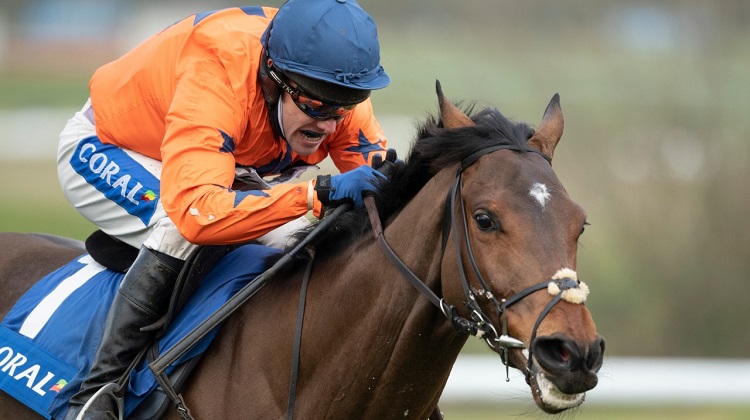 With the Dublin Racing Festival now behind us, most of the Cheltenham trials have been run, which means it is the perfect time to reassess your ante-post portfolio.

The first of the meeting’s blue riband events is the Unibet Champion Hurdle on Day 1 and the market is dominated by the superb Irish mare, Honeysuckle.

Rachael Blackmore’s mount made it an incredible 14 straight wins since her debut when she claimed her third Irish Champion Hurdle at Leopardstown on Sunday.

She is likely to go off as one of the shortest priced favourites at the meeting and understandably so given the brilliance of her efforts over the past few seasons.

She has now won no fewer than ten Grade 1s over hurdles!

It may, therefore, seem like madness to try to take her on, but the shortness of her price does mean that you can secure some healthy each-way odds about some of her rivals.

The big question is who is most likely to give her a race come March?

There seems little point in trying to take her on with one of the old guard, given the number of times she has already beaten the likes of Saint Roi, Sharjah, Epatante and Abacadabras.

Instead, we think it makes more sense to focus on last year’s juvenile hurdlers, who looked a strong bunch at the time and whose form has been boosted at various times throughout the season so far.

Zanahiyr, for example, was beaten only a neck by Sharjah in the Grade 1 Matheson Hurdle, whilst Tritonic won a big handicap at Ascot a few weeks again.

Yes, Zanahiyr was soundly beaten by Honeysuckle on Sunday, but he was a clear second best and would surely have finished closer had he not made a terrible mistake early on in the contest.

Last season’s Triumph winner, Quilixios, hasn’t been in such good form, though, so the one to focus on is ADAGIO.

David Pipe’s five-year-old was runner-up in the Triumph and has only had one start so far this season, when also finishing second, this time in the fiercely competitive Greatwood Hurdle at Cheltenham.

He carried a big weight that day and only found the very well handicapped West Cork too good for him (in receipt of nearly a stone). He beat Tritonic by five lengths giving him five pounds:

It is obviously a slight concern that he hasn’t run since that contest in November, but his yard has always had this race in mind for him and any concerns about his current well being are countered by the fact that many bookmakers now go “non-runner, no bet”.

Adagio clearly loves Cheltenham and he hasn’t been out of the first two in seven lifetime starts over hurdles. He looks the stand out each-way option at 25/1 currently.