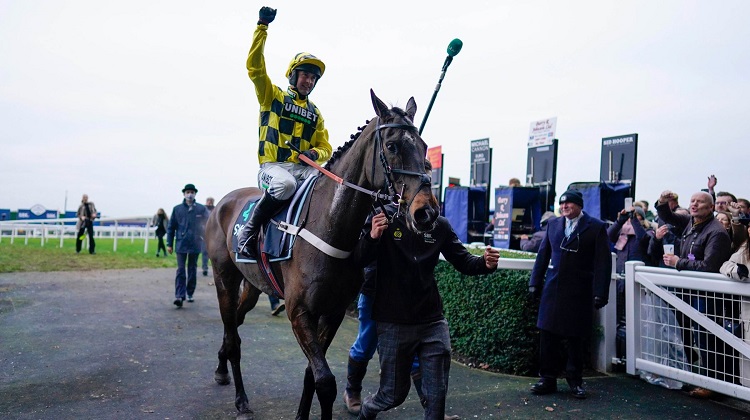 In the aftermath of Saturday’s thrilling Clarence House Chase at Ascot, thoughts have already turned to the Champion Chase and Shishkin v Energumene II.

Their much anticipated first duel lived up to all expectations, with Shishkin running down his rival in the shadow of the post.

And his one length victory exactly reflected the 1lb difference in the two eight-year-old's official ratings beforehand: 172 to 171.

Both emerged from the contest with their reputations enhanced and the official handicapper has Shishkin up 5lb for his win at 177, with Energumeme now at 175.

Nicky Henderson has won 5 of the last 10 renewals, with Finian's Rainbow, plus Sprinter Sacre and Altior (both twice):

‘THIS WAS THE BATTLE NOT THE WAR. WE ALL KNOW WHERE ROUND 2 WILL BE, AND THAT WILL BE FOR THE CHAMPIONSHIP’

Energumene, who will go to Cheltenham for the first time, has been eased out to 3/1 (from 9/4) after his first defeat over fences.

The Champion Chase is one of the few Festival races Willie Mullins is yet to win:

‘MAYBE GOING LEFT-HANDED AROUND CHELTENHAM MIGHT SUIT OUR FELLA, I DON’T KNOW, BUT SHISKIN HAS BEEN THERE AND DONE IT SO WE HAVE AN UPHILL CLIMB AHEAD OF OURSELVES’

But it's worth noting the Clarence House was run over just short of 2m1f - a furlong longer than the Champion Chase distance.

Given that he was only just collared by his rival at Ascot, Energumene supporters still have plenty of reasons to be confident.

If all goes to plan, their rematch on the 16 March is set to be the race of the Festival.