2022 CHELTENHAM FESTIVAL FAVOURITES WITH A WEEK TO GO 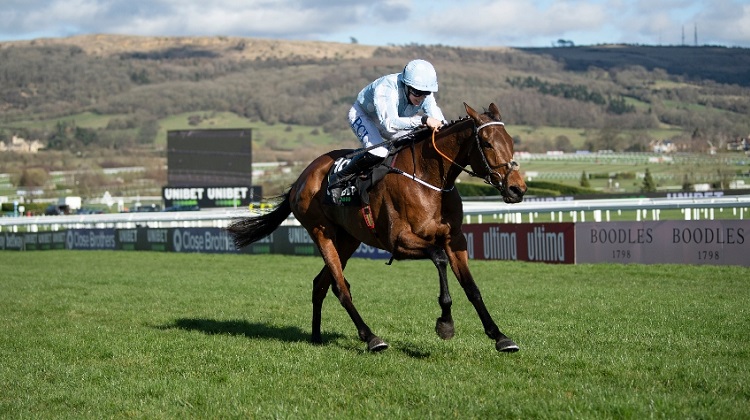 The Festival is now just a week away and there are currently four odds-on favourites:

Willie Mullins has yet to commit Galopin Des Champs, but indicated his target is likely the shorter Turners Novices' Chase, for which he is currently 5/4 joint-favourite.

Last year eight of the 28 Festival races were won by the favourite, with a further eight favourites finishing second, four in third and two more in fourth.

Of the remaining six favourites, two fell - including Envoi Allen at just 4/9 for the Marsh Novices' Chase.

He was one of four beaten odds-on favourites.

The others were Concertista (second in the Mares' Hurdle), Kilcruit (second in the Bumper), both at 10/11, plus Chacun Pour Soi (third in the Champion Chase) at 8/13.

Three odds-on favourites did win, the shortest of which was Monkfish at 1/4, despite giving backers a scare at last fence in the Brown Advisory Novices' Chase:

Both Appreciate It (8/11 for the Supreme Novices' Hurdle) and Shishkin (4/9 for the Arkle Chase) also obliged.

That was better than a year earlier when only one of the six odds-on favourites won at the 2020 Festival - Envoi Allen at 4/7 in the Ballymore Novices’ Hurdle.

In spite of that, just like last year, there were a total of eight winning favourites (or joint-favourites) at the Festival in 2020.

Below we detail the current favourites for all 28 Cheltenham races next week, with a flag to indicate where they are trained:

Only 7 of the 28 races currently have British-trained favourites, but that's no surprise given there were 23 Irish-trained winners last year.

Interestingly, the first three favourites are British-trained and the home team will surely need to start well to avoid another drubbing.

And Mullins' currently has the favourite or joint-favourite in an astonishing 12 races this year, albeit Galopin Des Champs accounts for two of those.

That's one more than Henry de Bromhead: Honeysuckle, Telmesomethinggirl, Bob Olinger and A Plus Tard.

For Britain, only Nicky Henderson currently has more that one favourite: Constitution Hill and Shiskin.

No trainer has had more than 8 winners at a Cheltenham Festival - a record shared by Willie Mullins (2015) and Gordon Elliott (2018).
SHARE:
TwitterFacebookWhatsApp